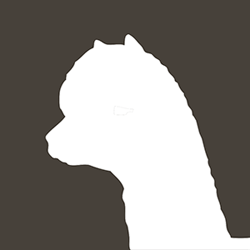 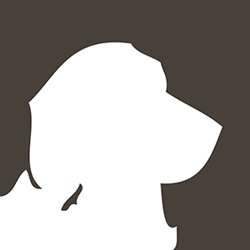 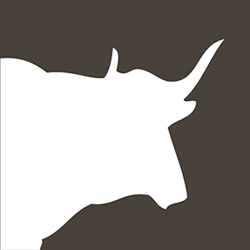 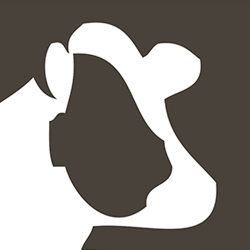 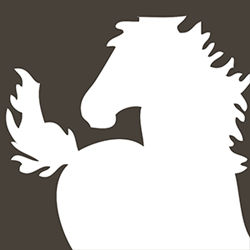 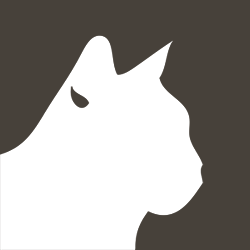 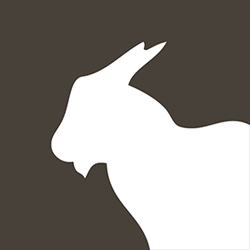 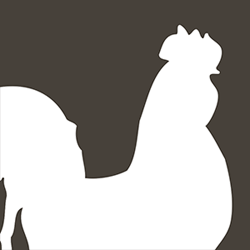 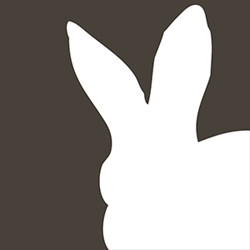 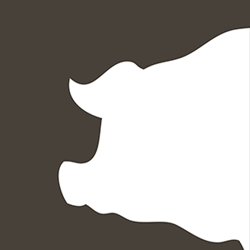 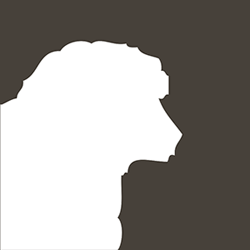 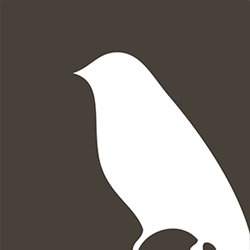 Your cart is empty
Your cart total is 0.00 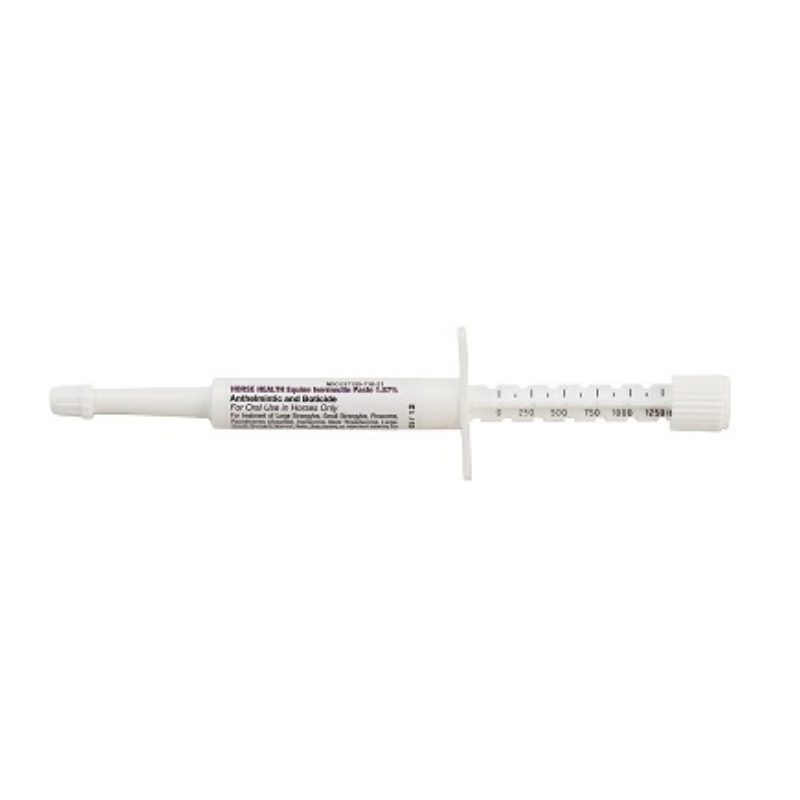 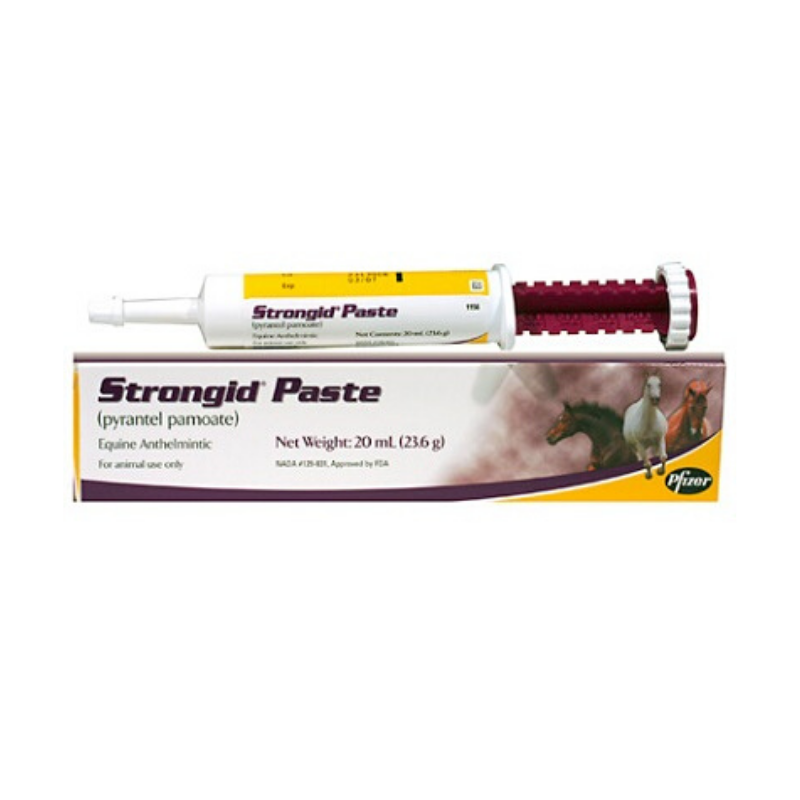 Strongid Paste contains Pyrantel pamoate for control of large and small strongyles, pinworms, and roundworms in horses. Safe for use in foals, pregnant mares, and breeding stallions. Each 20 ml syringe of Strongid Paste will worm 1200 lbs. of body weight. 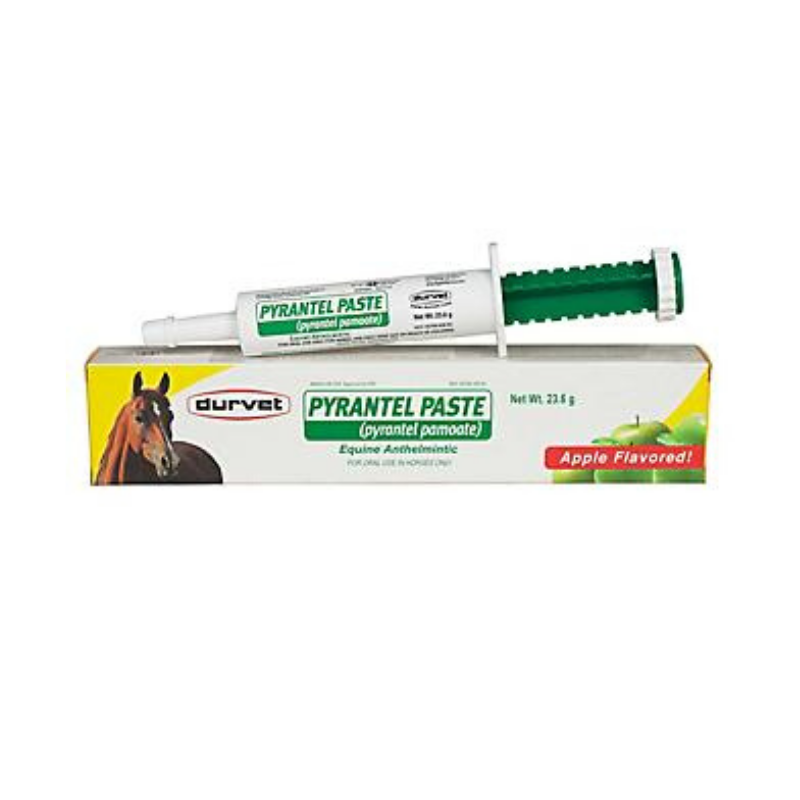 For the removal and control of mature infections of large strongyles, small strongyles, pinworms, and large roundworms in horses and ponies. 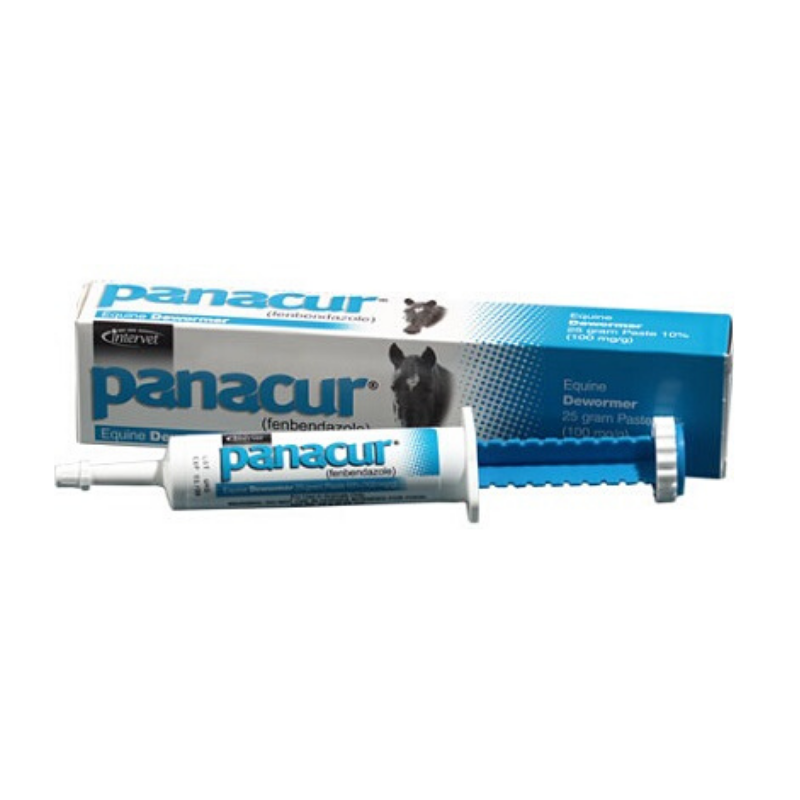 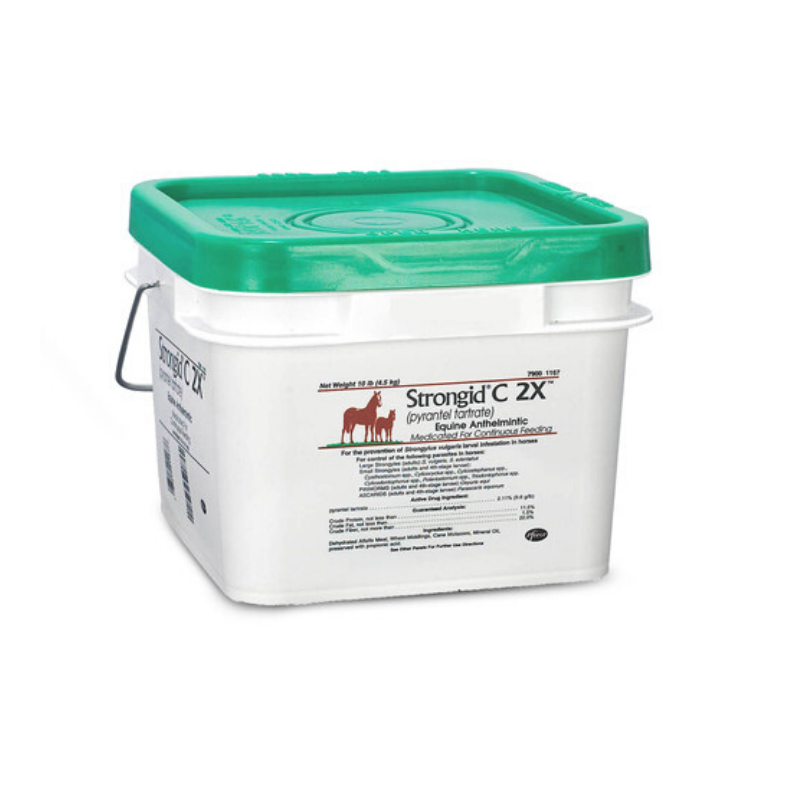 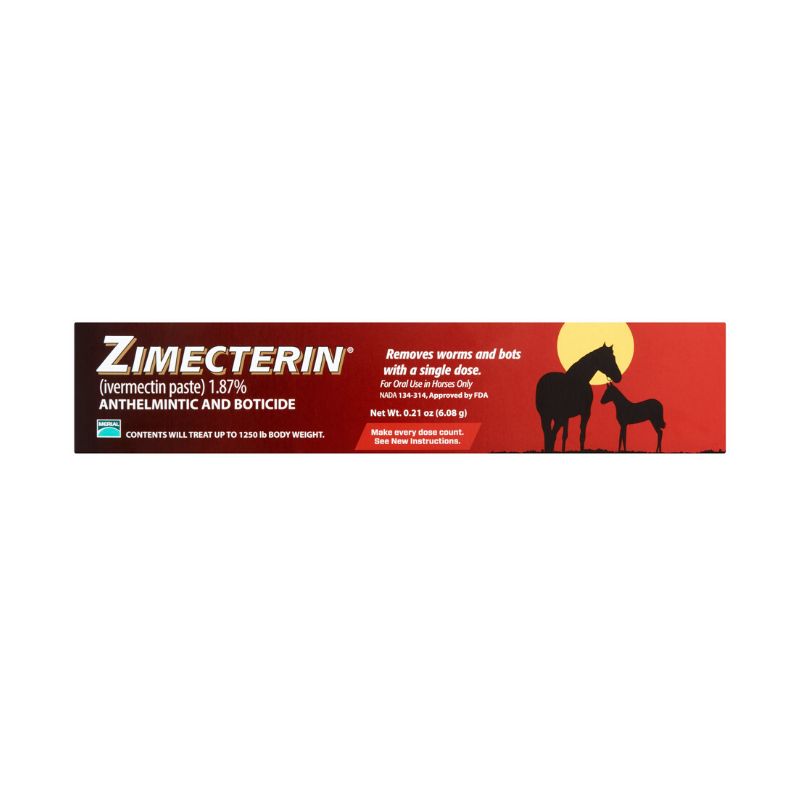 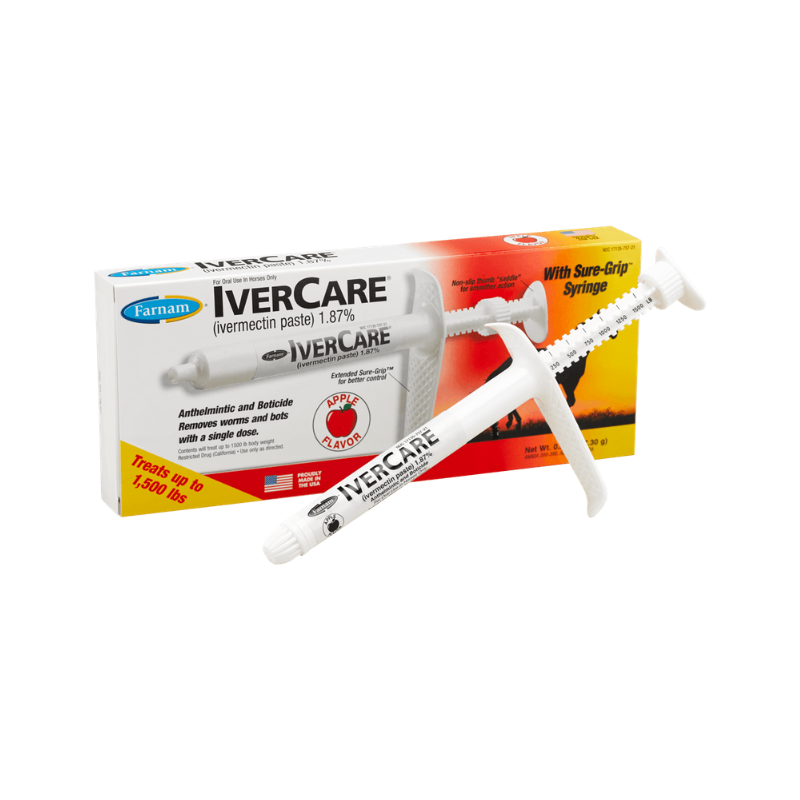 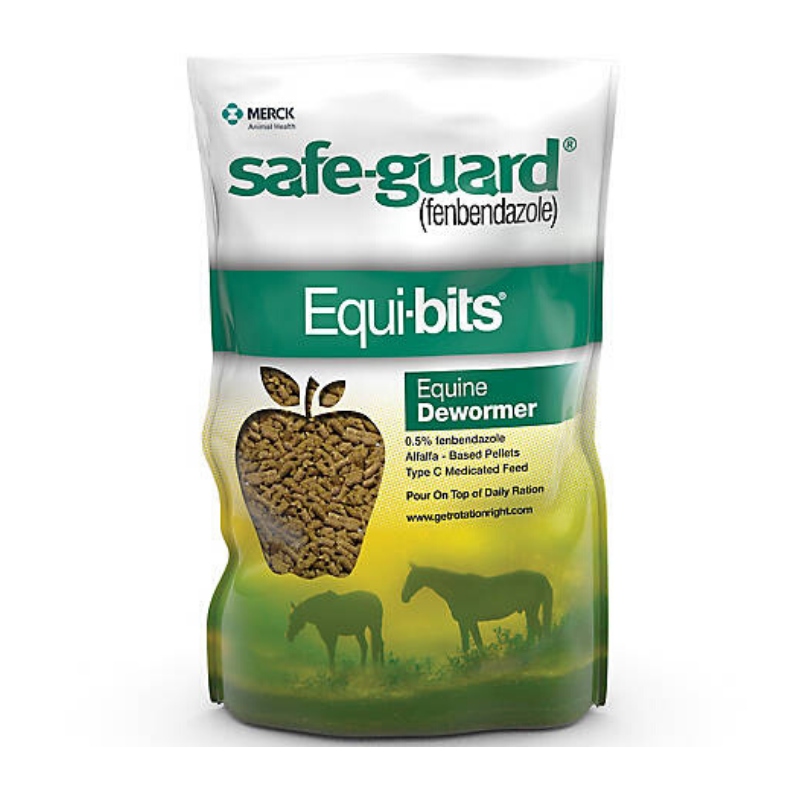 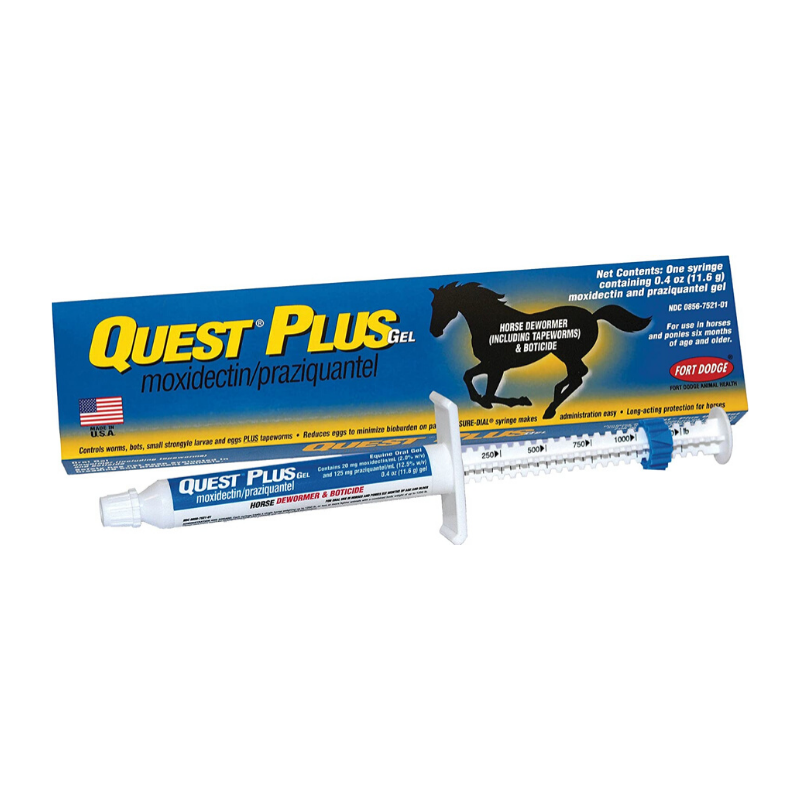 Quest Plus Gel combines 2% moxidectin and 12.5% praziquantel for the treatment and control of large and small strongyles, encysted cyathostomes, ascarids, pinworms, hairworms, large mouth stomach worms, stomach bots and tapeworms. One dose also suppresses strongyle egg production through 84 days. Quest Plus Gel may be used in horses and ponies 6 months of age and older. Testing has not been done in breeding mares or stallions. Each Quest Plus Gel sure-dial syringe is calibrated in 50 lb. increments, and treats up to 1250 lbs. body weight. 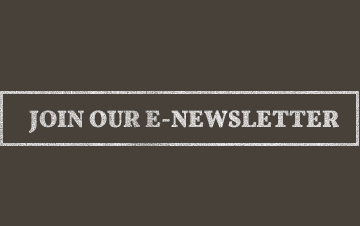